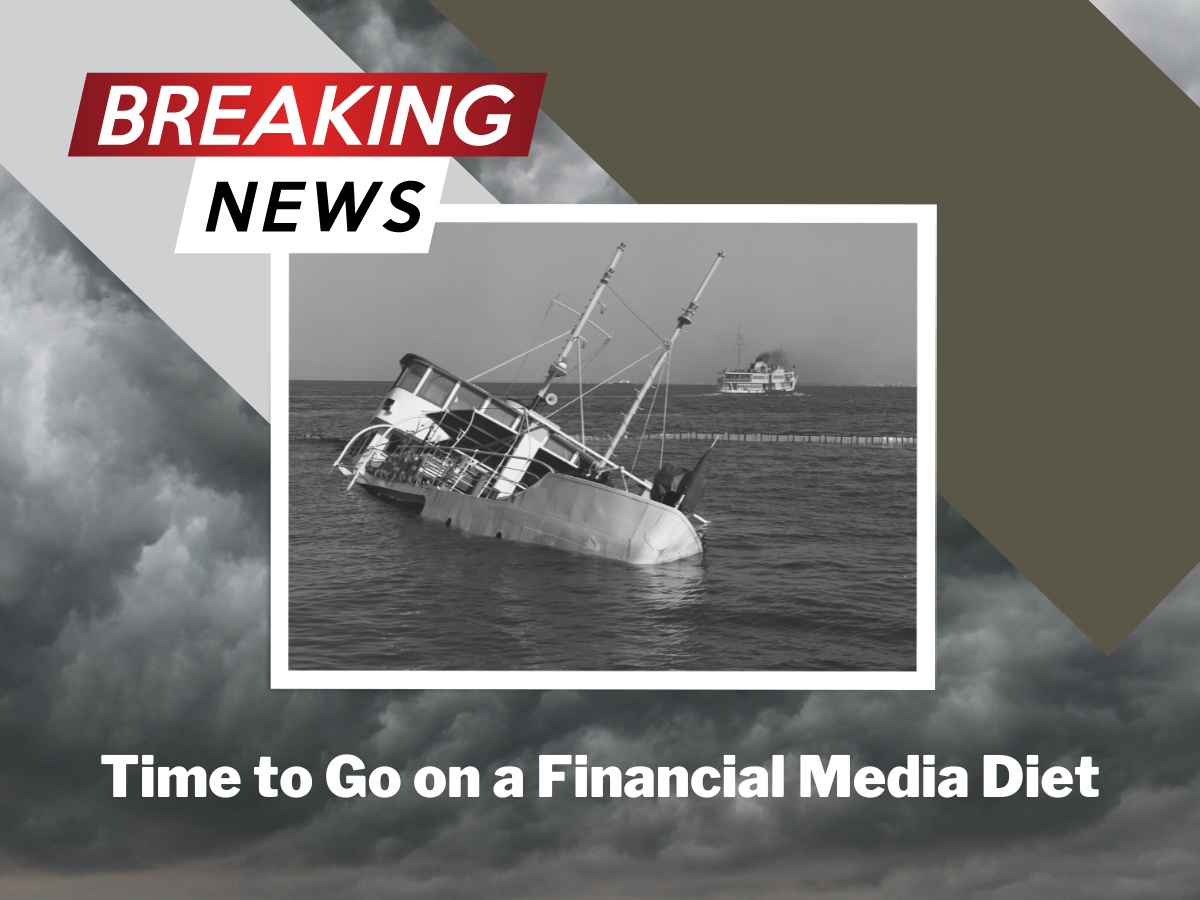 In my recent mid-year letter to clients, I decided we’d best just call a spade a spade, so I began as follows:

“Let’s not sugarcoat this: 2022 has challenged investors on nearly every financial front imaginable so far this year.”

Stock and bond markets plummeting in tandem, the war in the Ukraine, rises in interest rates, threats of a looming recession… You’re probably already well aware of the volume of news wearing us down. As I wrote to my clients,

“the financial press has gone on a feeding frenzy in response, serving up heaping helpings of negativity upon negativity.”

Everyone Loves a Perma-Bear

Whether by traditional channels or social media streams, amplifying extreme news is in large part what the popular financial press does.

They’re not entirely to blame; we consumers tend to gobble it up with a spoon. That’s thanks to a behavioural bias known as loss aversion, which causes the average investor to dislike losing money approximately twice as much as they enjoy gaining it. Our “fight or flight” instincts basically prime us remain on constant high-alert when it comes to protecting our life’s savings.

Media outlets know that, and routinely round up a stable of talking heads to scratch that behavioural itch. Their “regulars” even earn catchy nicknames:

Back in 2012, economist David Rosenberg put together a presentation called 51 Signs the Economy Is a Total Disaster. (What, only 51?) We know that reality begged to differ. He tried again in 2019, when he declared: “We’re going into a recession … I think it will be this coming year.” It didn’t happen.

Whenever the press needs a fresh Armageddon forecast, they know they can call on “Dr. Doom” economist Nouriel Roubini. It doesn’t seem to matter that he’s been mostly wrong far more often than not. As recently as early July, Roubini was predicting a 50% freefall in the stock market. So far, not so much (thankfully).

“The tweets that get shared and liked the most are the ones that fit with how we feel the most. … Twitter is an enormous mirror.”

If you look closer, you might spot a card hiding up these soothsayers’ sleeves: with a large, random group of “experts” loudly predicting doom and gloom nearly all the time, basic statistics informs us: a few of them are going to be right every so often, with seemingly uncanny accuracy. Their fortuitous timing makes them look super smart, which earns them even more fame. The cycle continues.

Going on a Financial Media Diet

On many fronts, times are indeed disheartening, and we’re as worn out as you are by the weight of the world. That said, there are already way too many outlets cramming worst-case scenarios down our throats and crushing investment resolve. To offset a bitter pill overdose, following are a few more nutritious news sources to reinforce why we remain confident that capital markets will continue to prevail over time, and that long-term investors should just stick to their plan.

The following chart is one of our favorites, as it shows at a glance that which the bad news bears routinely disregard: Stock markets have gone up nicely, and far more frequently than they’ve gone down. We have no reason to believe current trends are going to alter this uplifting, nearly century-long reality.¹ 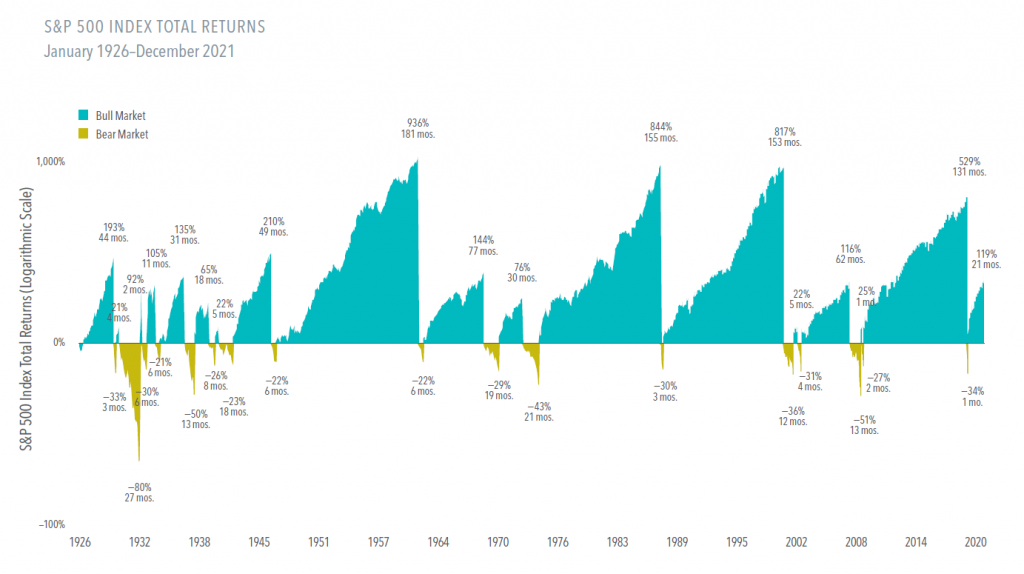 Not all financial columnists are cut from the same cloth. The pessimists seem to get a lot more airtime, but there are voices of reason worth finding and following, including Jason Zweig of The Wall Street Journal. For example, in his most recent weekly Intelligent Investor newsletter, he reminded us:

“I like to say that the problem with stocks is that they contain the letter T. If they were called socks instead, people would treat a 20% decline in price not as a selloff but as a sale. When socks get 20% cheaper, you don’t rush to get rid of the ones you already own; you check your sock drawer to see if you need a few more pairs.”

I also keep an eye on Tom Bradley of the Financial Post. I was heartened by his recent comments after he spent three days at a Toronto tech conference. He enjoyed immersing himself in the inspiring venue. He wrote:

“A dose of energy and optimism was exactly what I needed with the stock market going down and negativity abounding… These entrepreneurs aren’t waiting for a central authority to fix something or determine their fate; they’re getting on with it.”

Human enterprise, carrying on with its business as usual, bodes well for us all.

Drawing on academic wisdom can also help, such as this 2016 NBER Working Paper on loss aversion. As reported by BehavioralEconomics.com, its authors found,

“individuals who receive information about investment performance too frequently tend to underinvest in riskier assets, losing out on the potential for better long-term gains.”

In a Rational Reminder podcast (also a solid source for, well, rational reminders), one of its authors noted that even paper losses hurt. Fixating on bad news makes it more likely you’ll shy away from the risky assets that are expected to deliver higher returns over time.

Focusing On What Is Important

To summarize: Consider your portfolio’s long-term prospects. Remember that market downturns can be obstacles and opportunities. Celebrate our nation’s can-do spirit and endless possibilities. Avoid investment loss aversion simply by looking a little less often. Tend to the meaningful news you can use, and do your best to keep the volume way down on the rest.

In fact, now that summer is in full swing, let’s all go on a financial media diet. Play some golf, hang out around the pool, take in a ball game, or just spend time enjoying family and friends. In the end, those are the goals we’re all striving for. And chances are, you and your investment portfolio will be better off for it.

¹This chart tracks the U.S. stock market (the S&P 500 Index), but we would expect to see similar data across global markets. Past performance is no guarantee of future results. Indices are not available for direct investment; therefore, their performance does not reflect the expenses associated with the management of an actual portfolio. In USD. Chart end date is December 31, 2021; the last trough to peak return of 119% represents the return through December 2021. Due to availability of data, monthly returns are used January 1926 through December 1989; daily returns are used January 1990 through present. Periods in which cumulative return from peak is –20% or lower and a recovery of 20% from trough has not yet occurred are considered Bear markets. Bull markets are subsequent rises following the bear market trough through the next recovery of at least 20%. The chart shows bear markets and bull markets, the number of months they lasted and the associated cumulative performance for each market period. Results for different time periods could differ from the results shown. A logarithmic scale is a nonlinear scale in which the numbers shown are a set distance along the axis and the increments are a power, or logarithm, of a base number. This allows data over a wide range of values to be displayed in a condensed way. Source: S&P data © 2022 S&P Dow Jones Indices LLC, a division of S&P Global. All rights reserved. 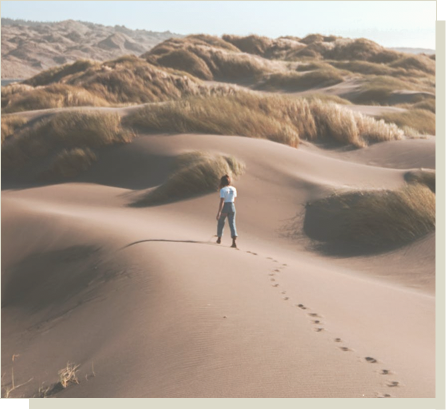 Q&A: What is behavioural finance: And what’s it to me?